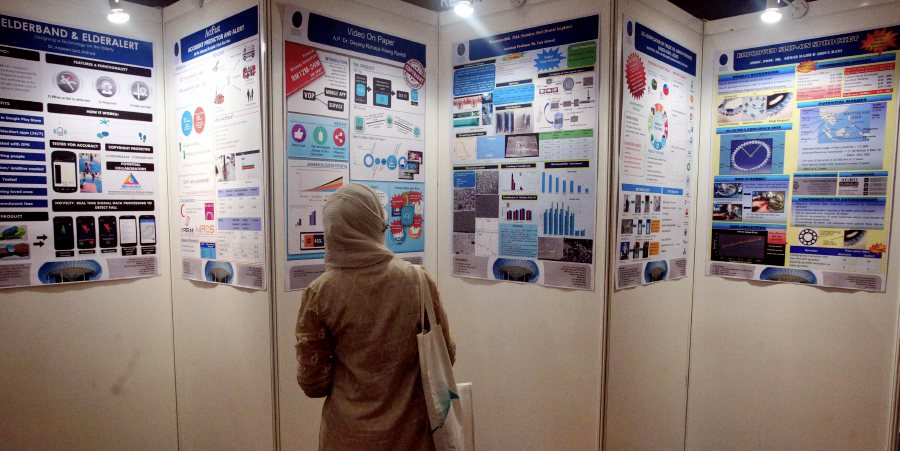 Determining how science could create wealth and jobs for the rakyat was the simple, farsighted instruction Prime Minister Datuk Seri Najib Razak gave me when I was appointed his science adviser several years ago.

In Malaysia and elsewhere, science is increasingly found at the heart of policy and decision-making.

But, rigorous, useful and timely science advice is not a trivial matter, and taking careful account of such advice in complex policy areas of interest to many different stakeholders is not always straightforward.

To complicate things even further, many issues are of an international nature, and can only be addressed in a meaningful way through collaboration between countries.

Just as many governments around the world have recognised the need to inform their policy decisions with the best knowledge available, some promising initiatives have been started, including the move by former UN Secretary-General Ban Ki-moon to establish his Scientific Advisory Board and the UN Economic and Social Commission for Asia and the Pacific’s Science, Technology and Innovation Advisory Council.

Various collaborative platforms have also been established recently, such as the International Network for Government Science Advice (INGSA), the Apec Chief Science Advisers and Equivalents, the Commonwealth Scientific Advisers, and the Foreign Ministries Science and Technology Advisors Network. These are also part of a growing interest in science diplomacy worldwide.

In addition to the post of the science adviser to the prime minister, first instituted in 1984, Najib revamped the National Science Council two years ago to complement the Global Science and Innovation Advisory Council for Malaysia which he established earlier in 2010.

Both platforms are intended to assist the government’s efforts to create a high-income economy, and to help raise Malaysia’s international ranking and competitiveness in science and innovation.

The council’s insightful international experience and advice greatly assists Malaysia in the development of policies and strategies. Both platforms are also fine examples of the so-called science-policy nexus.

In Malaysia we see science, technology and innovation as an engine for socio-economic development, creating jobs and increasing income levels.

And, we are most fortunate to have the necessary ingredients to make this case a model of success in national development.

Blessed with abundant natural resources, what we need now is a motivated and hardworking society with high moral values and discipline, and the proper application of science to serve our needs and aspirations for greater achievements.

In our case, science, and indeed the whole spectrum of knowledge must be developed and utilised as a tool to fulfill our aspiration of peace, prosperity, unity and justice for all Malaysians.

Today, many nations look to science as a means of overcoming the middle-income trap. Scientific advances and technological innovation are important drivers of economic performance.

The ability to create, distribute and exploit scientific knowledge and technology is a major source of competitive advantage and wealth creation, lifting the quality of life for all.

This too, was one of the main reasons the prime minister launched the National Transformation 2050 (TN50), envisioning Malaysia among the world’s top 20 nations in the next three decades. The Government has committed to a bottom-up approach to realise TN50, thus ensuring our future direction reflects the people’s aspirations and needs.

This was INGSA’s first capacity building workshop in the region. The most significant outcome of this workshop was the establishment of the Asia chapter for INGSA.

Besides building the regional and inter-regional networks of science advice practitioners, the chapter will support regional policymakers and promote demand for science advice.

While scientific research should always have a place in a country’s national development plan, it is important to ensure that its outputs must have relevance to our needs.

For R&D to be relevant, science must stay close to national policies. And it is only through a formal science-policy nexus that this role can be delivered effectively.

Zakri Abdul Hamid is a former lecturer who has found a new interest in science diplomacy.