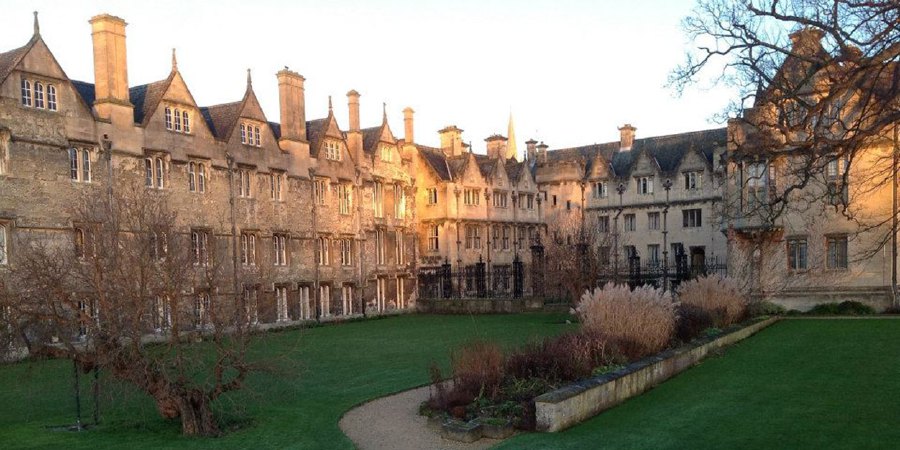 AS the Fourth Industrial Revolution (4IR) continues to gather steam, Kuala Lumpur hosted one of the most enlightening conferences in recent weeks, one in which experts considered the relevance of an ancient institution to modern challenges.

Sponsored by the Higher Education Ministry, the conference considered the Islamic practice of waqf— the endowment of a charitable foundation or property held in trust and used for a charitable or religious purpose — and its relevance to 4IR.

In the words of the Minister Datuk Seri Idris Jusoh: “Waqf is an economic system led by the people, for the people. It leads to the creation of the third sector that complements the public and private sectors.”

The big question is how this age-old Islamic institution could be engaged to alleviate poverty and advance economic prosperity, in particular among the 57-member countries of the Organisation of Islamic Conference (OIC), many of which are among the world’s poorest.

Equally intriguing, is how we might enrich the principles and practices of waqf through technology.

In an eloquent keynote address, Sultan of Perak Sultan Nazrin Muizzuddin Shah explained that the concept of waqf preceded trusts and endowments.

A donor endows a waqf with an asset and, in doing so, makes an irrevocable transfer of that asset, while also stipulating the intended charitable use of the funds it generates.

A waqf institution then spends its revenue in perpetuity on the fulfilment of public needs, according to the wishes and conditions established by the donor.

Once registered as waqf under Islamic law, the asset can no longer be inherited, sold or given as a gift, a permanence that reflects the original sense of waqf, which means “to freeze” or “to stop”.

Only generated revenue can be channelled to stipulated beneficiaries.

Islam is the first religion to develop a comprehensive legal framework to promote, guide and foster endowments and charitable trusts and, “waqf undoubtedly stands as one of the greatest contributions of Muslim civilisation”, Sultan Nazrin had said.

“Throughout the Islamic world, and across many centuries, waqf has led to the completion of magnificent works of architecture, and has allowed vital services, including education and healthcare, to be financed, organised and maintained, for the benefit of hundreds of thousands of individuals, Muslims and non-Muslims alike.”

It was intriguing to learn from his remarks that the law governing waqf was borrowed by the English following the Crusades in the Holy Land (1095-1291), when they became acquainted with Islamic jurisprudence and culture.

Sultan Nazrin gave the example of Merton College at Oxford University, established with a financial endowment in 1264.

This endowment, of course, has facilitated centuries of scholarship, learning and teaching, safeguarding and fostering the freedom of thought and expression so essential to the university system today.

On the other side of the Atlantic, one of the world’s most famous university endowments is that of Harvard, which last year paid out US$1.3 billion (RM5.1 billion) — a sum, the sultan noted, larger than the government budgets of Afghanistan, Montenegro and Barbados.

“This endowment, which has facilitated so much discovery and learning, is ultimately modelled on the Islamic waqf system.

“It is a testament to the contribution that the concept of waqf has made to progress and development worldwide, and it also demonstrates the immense potential of the waqf instrument to generate funds for international public good.”

Among the many other excellent points raised by Sultan Nazrin was the need for a better system for the governance of waqf, especially in Malaysia where, we were told, only two per cent of some 13,500ha of waqf land had been redeveloped.

Hopefully, the establishment of a Chair in Waqf Studies at Universiti Malaya, announced by Idris during the conference, will contribute to a better understanding of waqf and how its potential could be harnessed to improve the lives of citizens.

One of the most pressing issues in need of waqf support in today’s world is science and technology. The use of new technological solutions, such as blockchain technology, will enable the prudent tracking and monitoring of waqf donors, beneficiaries and businesses.

Inevitably, 4IR will herald in unprecedented technologies that will revolutionise traditional ways of creating value.

Digital connectivity will be useful to open up new opportunities for innovative business models, as well as research and development-related investments, to unlock the full potential of waqf assets.

As the sultan astutely observed: “Technological advances are being made every day, and emerging breakthroughs, in fields such as artificial intelligence, robotics, the Internet of Things, nanotechnology and biotechnology, will no doubt further enhance the potential of the waqf system in ways that we cannot imagine today.”

Tan Sri Dr Zakri Abdul Hamid is science adviser to the prime minister and chairman of board of directors, Universiti Malaya.News Straits Times.

previous
INDUSTRY 4.0 SET THE SCENE AS MIGHT LAUNCHES MALAYSIA TECHNOLOGY STRATEGIC OUTLOOK
next
Animals good for our health