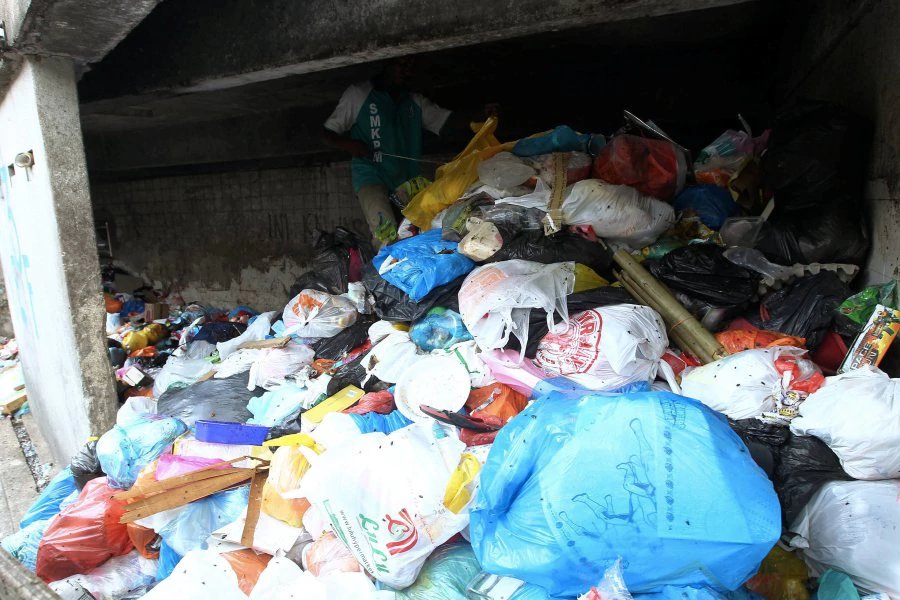 From humble beginnings in Birmingham, England, in 1856, plastic has become a mainstay of modern life.

Waterproof, inexpensive, easy to manufacture and shape, plastic has replaced wood, stone, ceramic and many other traditional natural materials. It is now used in everything from pens and plumbing supplies to spaceships.

Indeed, plastic is everywhere — from single-use cutlery, straws and water bottles to components in our electronics, cars and other everyday products.

The fact that plastic does not biodegrade is both a great quality, and a great cause for concern.

Many types of plastic ultimately end up in our oceans — an estimated 12 million tonnes every year. That’s the equivalent of a full rubbish truck every minute, according to Greenpeace. Plastic in the oceans originates from many sources — landfills, litterbugs, plastic microbeads in cosmetic products, and countless others.

By some accounts, the oceans now contain an estimated 300 million tonnes of plastic, much of it pulverised to an invisible scale. In a few decades our oceans could contain more plastic than fish. And we are warned that plastic is now finding its way into our food.

Derived from fossil fuels, plastic and its exponential growth is a threat in many ways, from poisoning and injuring marine life to disrupting human hormones and causing early puberty. Indeed, new scientific data associate cancer with polystyrene food containers.

“We have all contributed to this problem — mostly unknowingly — and we must work to reduce and ultimately End Plastic Pollution.”

Indeed, ending plastic pollution was the theme of this year’s Earth Day.

• About 9.1 billion tonnes of virgin (non-recycled) plastic has been produced to date

• We have generated 6.9 billion tonnes of plastic waste

• Only nine per cent has been recycled, and

• Plastic production is predicted to triple in the next 25 years

EDN has built a multi-year campaign to end plastic pollution with multiple goals, which include an end to the production of single-use plastic products, promoting alternative materials, 100 per cent plastic recycling, corporate and government accountability, and changing human behaviour around the use of plastic.

Leading a grassroots movement to support the adoption of a global framework to regulate plastic pollution;

Educating, mobilising and activating citizens across the globe to demand that governments and corporations control and clean up plastic pollution;

In Malaysia, plastic is identified as a major pollutant but the recycling campaigns over the years have had too little impact.

In fact, according to one study published three years ago in Science, Malaysia is the eighth worst country worldwide for plastic waste. It is estimated to produce almost one million tonnes of mismanaged plastic waste (waste not recycled or properly disposed of) in 2010.

Local industries producing such products are very young. To date, however, 13 suppliers have been certified. And some are showing creative initiative to overcome significant barriers.

The high cost of imported feedstock and energy needed to make these products, for example, means they are considerably costlier for consumers than traditional plastic products.

Some local companies, though, have started using abundant local biomass, such as rice husk and empty fruit bunches from palm waste, as an alternative feedstock. These biodegradable and compostable products have now started to enter not just our local but also international markets.

These companies have proven the viability of the concept of using biomass to produce these less harmful, alternative plastic but need funding to expand their lines, achieve economies of scale and meet the demand.

As the industry is still at a nascent stage, government intervention and support is needed, providing breaks on electricity costs, for example, and other minimal incentives to spur maturation.

An increasing number of countries are already reducing the use of or introducing a total ban on single-use plastic. Others are also considering the option of using biodegradable materials.

England introduced plastic to the world in the 19th century. It is only fitting then that during the recent Commonwealth Heads of Government meetingin London, British Prime Minister Theresa May called on the group to join the fight against plastic pollution. It is in our economic interest and our responsibility to join this global effort.

The writer has long preferred to have his morning nasi lemak wrapped in banana leaves.