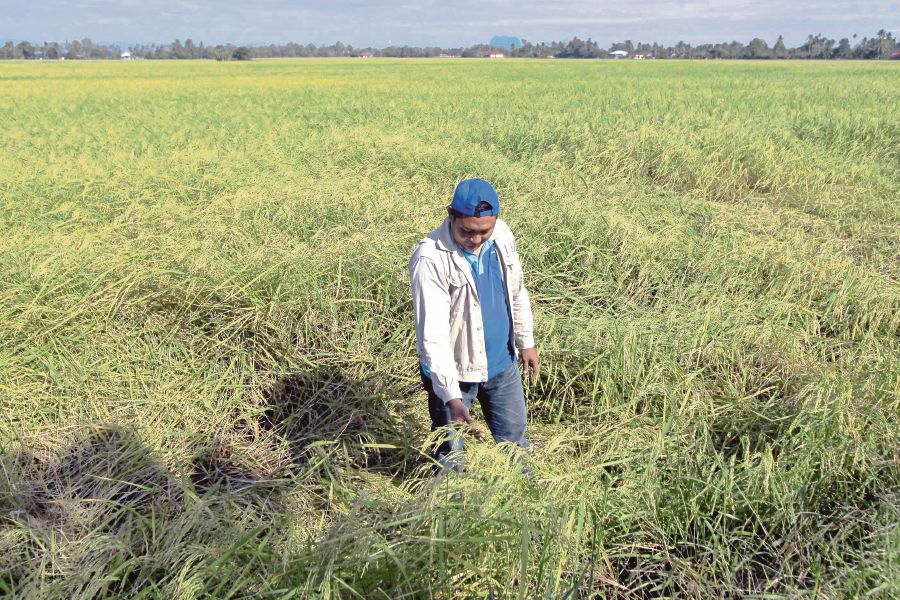 RECENTLY, there was an uproar in the news about rice production woes faced by local farmers.

Two rice varieties, named MR220 CL1 and MR220 CL2, were introduced about seven years ago to control the menace of weedy rice or padi angin.

The two varieties are unique because they have genes which confer tolerance to herbicide. When sprayed on the rice crop,
a special herbicide named
“OnDuty” will kill the padi angin, but, will spare the rice plants from being affected. “OnDuty” is bundled and sold with the rice varieties in the Clearfield production system.

The emergence of weedy rice is a phenomenon essentially triggered by the recent rise of direct seeding — the uniform scattering of seeds across fields. In the past, rice farmers grew rice by transplanting — a method of weed control for wet or puddled fields. Transplanting requires less seed, but much more labour then direct seeding. Also, transplanted rice takes longer to mature due to transplanting shock.

Farmers started to practise direct seeding in early 1990s and it is now widespread in all our 10 rice granary areas — which feature major irrigation schemes (more than 4,000ha) and are recognised by the government as the country’s main rice producing areas.

Due to heavy infestations, padi angin has now put our rice productivity under siege.

There are several hypotheses which suggest how padi angin originated. However, there is strong evidence to support the hypothesis that weedy rice varieties are actually progenies
of hybrids formed naturally
between cultivated rice and a species of wild rice which is prevalent where rice is usually grown.

Weedy rice resembles cultivated rice. Farmers call them padi angin because the seeds are easily shattered by wind before or during crop harvest, and fall on to the soils. Because the seeds have a strong dormancy, they quickly build up into a potent weed seed bank in the soils, which provides the reserve of viable weed seeds from season to season.

They compete for sunlight, water and nutrients, and quickly dominate the field. They take up most of the fertilisers applied to the rice crop, and the yield loss can reach between 60 and 90 per cent, or, may even result in complete crop failure. In 2004, the production loss due to padi angin was estimated at RM90 million. Now, widespread infestations have drastically reduced farmers’ rice yields and incomes.

Previously, farmers removed padi angin manually or killed them by spot spraying with herbicides. Such practices were time consuming, and are no longer practical and effective.

Now, those farmers are seeing an ugly side of the new technology. The same herbicide used before no longer kill padi angin effectively. Padi angin has become kebal or herbicide resistant and yields have plummeted back to between and three and four tonnes per ha.

Clearfield special purpose varieties. They are scientifically proven to be a good solution to weedy rice, but farmers must strictly follow a set of do’s and don’ts for the system to work. For example, seven days after direct-seeding, the herbicide must be applied when the soil is saturated (wet but not flooded).

The varieties were recommended only as a stop-gap measure to combat weedy rice. Farmers were supposed to grow them in only two successive planting seasons in a year, leaving an interval of one planting season. Once the weedy rice is no longer a problem farmers then have the option to grow any other varieties.

Attracted by the high yields, farmers grew the Clearfield varieties more often than prescribed. And, large numbers of farmers also had easy access to

uncertified seeds, planting them without using the required herbicide.

Population of weedy rice in the fields increased drastically. It became prone to cross breed with rice and evolved into hybrids. The process resulted in the transfer of the herbicide-tolerance gene, thus, turning the progenies of the hybrids into super weeds.

Padi angin is not a unique problem to Malaysia. Worldwide, weedy rice affects about 10 per cent of total rice production.

The super weeds have emerged as another new devastating menace to our rice production. Undoubtedly, farmers’ incomes, rice prices, crop yield levels, and our global food security index status will be at stake, sooner rather than later. Therefore, we urgently need to get our act together and review current approaches and come out with new strategies to achieve sustainable solutions for our weedy rice management.

The writer is science adviser to the prime minister and founding president of the Genetics Society of Malaysia (1994-2000).News Straits Times.