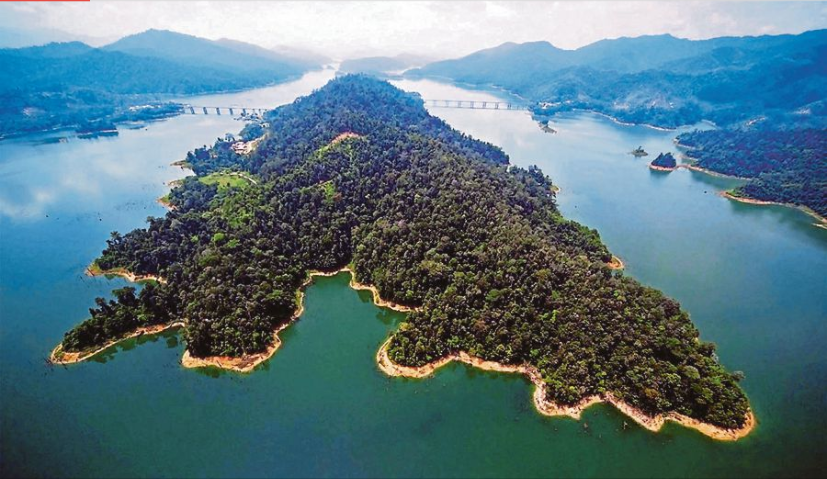 AN observer recently likened the creeping problem of biodiversity loss to watching rivets pop off the wings of an airplane in flight — how many can we lose before a catastrophe occurs?

Over the next 20 minutes, the number of people on earth will grow by 3,500 and the number of species that share the planet will drop by one. This unprecedented rate of biodiversity loss is now happening dangerously some 1,000 times faster than the natural background level, prompting ever louder alarms and warnings of earth’s sixth mass extinction. The previous five mass extinctions were caused by natural catastrophes. This one is being caused by a single species: ours.

Close to home, we recently lost our Sumatran Rhinoceros, a hairy two-horned animal that gracefully roamed our forests. Despite the good intentions of the Tiger Summit in Russia in 2010, Malayan Tiger numbers continue on a downward trend. We dread the possible local extinction of the iconic leatherback turtle. The woolly-stalked begonia found in Penang was declared extinct in 2007. And the list goes on.

Animal habitats are uprooted and entire species are driven to extinction as deforestation takes place, often as a result of illegal logging and unauthorised land clearing. Humanity must halt further biodiversity loss, and efforts must be concentrated in important hotspots like Malaysia.

As a mega-diverse country with a rapidly growing economy, ours can and needs to be a showcase of how to balance development and socio-economic progress — in particular the eradication of poverty — with conservation of our natural heritage.

It is against this backdrop that we find it inspiring to find an individual, a leading corporate figure, who takes it upon himself to launch an ambitious project to help protect the largest continuous forest complex in Peninsular Malaysia: the 300,000-hectare Belum-Temenggor Rainforest.

The visionary is Tan Sri Mustapha Kamal, chairman of the EMKAY group of companies, who founded The Pulau Banding Foundation (PBF) in 2007.

Believed to have already existed during the Jurassic Period, the Belum-Temenggor is ranked among the world’s oldest rainforests — older than those of the Amazon or the Congo. The area spans four times the area of Singapore. Its 130-million geological age is compatible with the age of the mountain ranges of Peninsular Malaysia, which appeared through orogenesis at the beginning of the Mesozoic era.

And, it is home to amazing natural diversity — an important habitat for tigers, elephants, tapirs, and seladang. All 10 species of hornbills in Malaysia are found in this forest complex, as are 3,000 species of flowering plants, including three species of Rafflesia, the world’s largest flower.

The Belum-Temenggor Rainforest offers an interesting case study of how to mitigate harm to the natural environment being caused by human activity.

PBF’s aims are to promote and perform tropical rainforest research. To this end, the Pulau Banding Rainforest Research Centre, Pulau Banding Dormitory and the Belum Discovery Centre (BDC) were established to provide and support research, development and knowledge activities. The BDC is also supported by another well-known corporate player, the Sime Darby Foundation.

The PBF has contributed significantly to conservation and eco-tourism in Belum-Temenggor, through education and awareness programmes for all walks of life including schoolchildren, community and public. More than 2,000 students have participated in the Kids for Temenggor Expedition (K.I.T.E.). PBF also collaborated with the Department of Wildlife and National Parks (PERHILITAN) and Perak State Park to organise a Green Badge Forest Guide Course to train guides when bringing visitors to Belum-Temenggor.

To enhance research and development and further understand the forest complex ecosystem, PBF raised funds for two scientific expeditions in 2012 and 2015 involving 350 researchers and support staff. In addition, since 2008 PBF has provided grants to local and international postgraduate students, and in 2016 alone facilitated about 140 researchers and students in their field and research works.

A four-year doctoral research programme supported jointly with Kyoto University, on the “Behaviour of Tapir in the Wild”, was successfully completed in 2017.

In October 2016, PBF in collaboration with other NGOs, government agencies and the state government, organised the inaugural Belum Rainforest Summit, where more than 100 participants from 12 countries shared experiences and views on issues in tropical forests worldwide and their solutions.

PBF, in collaboration with the UN Development Programme, has also participated actively in a number of local and international programmes on conservation such as Biodiversity Financing and Protected Area Financing.

It is committed individuals like Mustapha, who in their special ways make a difference in our crusade to create a more sustainable human existence on this planet.

Although sustainable development is now a universal mantra, “think global, act local”, it can only be effective and impactful when there are individuals like him who walk the extra mile to achieve our common future.