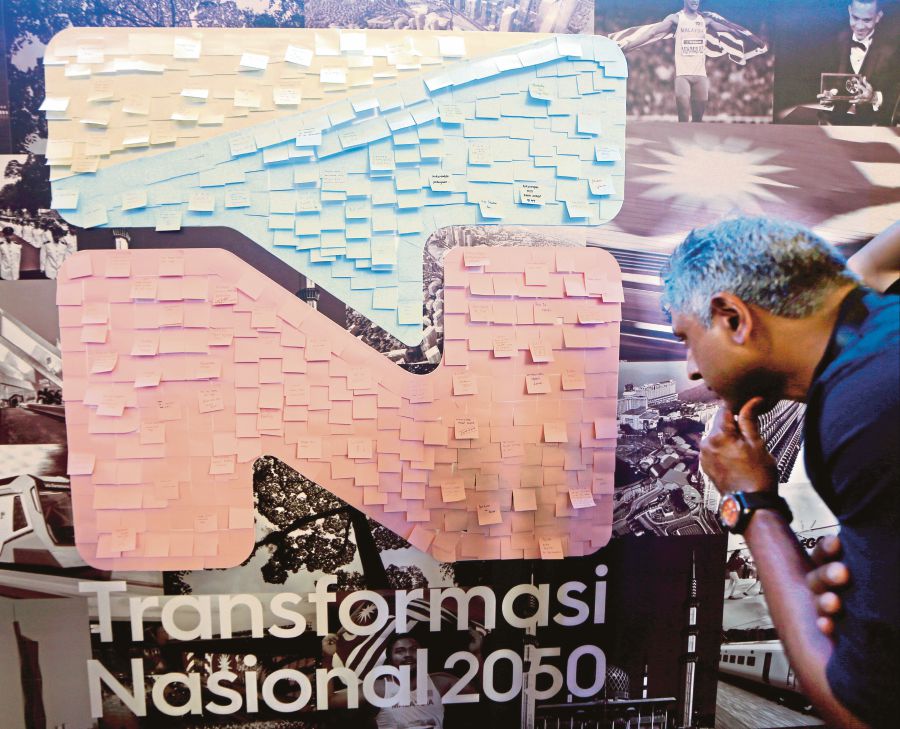 IN an increasingly volatile, uncertain, complex and ambiguous world, changes are happening at an unprecedented speed.

Therefore, public and private organisations are employing approaches to understand and plan for the future.

This ability to explore the future with imagination and wisdom can be achieved through a structured approach called foresight. Imagine driving a car; the faster you drive, the further ahead you need to see. That ability to look further ahead is foresight.

As a discipline, foresight could be defined as the systematic, participatory, future intelligence gathering part of a medium- to long-term vision-building process.

The effort is conducted to inform present-day decisions and mobilise joint action. Foresight encourages decision-makers — whether in public or private organisations — to think and plan for the long term so that negative futures are avoided (or at least anticipated), as positive alternative futures are identified and promoted.

What futures do we want, do we need, and which do we want to avoid (the “disowned future”)?

The future is not linear, a simple continuation of the past. If we could go back 20, 10 or even just five years, how many of the things we have, of the developments happening now, could most of us imagine?

Such insights require the best understanding of the drivers of change and megatrends. This skill set is needed by policymakers who now have to deal with complex, multi-dimensional issues, many of them interconnected and interdependent.

Despite critical uncertainties, foresight has a vital role in policymaking, where governments are trying to keep up with the growing complexity of their operating environments and the rapidly changing demands of their citizens.

Developed countries such as the United Kingdom, France, Germany, Korea, and Japan have emphasised the importance of foresight in strengthening their ability to be agile against the changes and disruptions caused by social, technology, economy, environment and political forces.

Since the 1990s, Malaysia’s use of systematic foresight techniques has been largely in the realm of technology and industrial development, conducted by the likes of Science, Technology and Innovation Ministry and the Malaysian Industry-Government Group for High Technology.

However, to expand the use of foresight approaches, the Malaysian Foresight Institute (myForesight) was created in 2012 to build the national capacity to use these tools and mainstream their use for better decision-making.

Since its creation, myForesight has been involved with various national initiatives and public institutions.

A training module was developed at the National Institute of Public Administration to equip the public sector with foresight and futures thinking capacity.

Working with the Malaysian Administrative Modernisation and Management Planning Unit, a set of guidelines was developed for the public officials on the use of scenario planning.

The Fourth Industrial Revolution (4IR) is bound to create massive uncertainties and bring many disruptions. Government, business enterprises and educational institutions now looking at how best to respond will be well served by sophisticated foresight methodologies.

Malaysia is one country which has taken serious note of the 4IR and how it would affect our national wellbeing in the future.

Numerous ministries are in various stages of deliberating the kind of actions to be taken to mitigate its impacts. Our efforts have not gone unnoticed.

In a publication released by the World Economic Forum in Davos last week entitled, “Readiness for the Future of Production Report 2018”, Malaysia is listed among 25 “Leading Countries” well-positioned to benefit from Industry 4.0.

All the leading countries are high-income countries except for China and Malaysia.

This assessment corroborates the findings in the 2016 Global Manufacturing Competitiveness Index, a report published by Deloitte Touche Tohmatsu and the US Council on Competitiveness.

The latter report predicts that by 2020, Malaysia is expected to pierce the top 15 nations in the index, based on its ability to provide competitive labour, agile manufacturing capabilities, favourable demographic profiles, market and economic growth.

To move the country forward, however, foresight alone is not enough.

To meet the transformative challenges, to grasp opportunity, to realise our preferred future, we must also take many necessary actions to build our national capacity, especially our human capital.

To quote Joel A. Barker, futurist, filmmaker and author: “Vision without action is merely a dream. Action without vision just passes the time. Vision with action can change the world.”

previous
When will animals get the right of way?
next
RM3.1 bilion nilai pelaburan dicatatkan di Kelantan sejak 2013