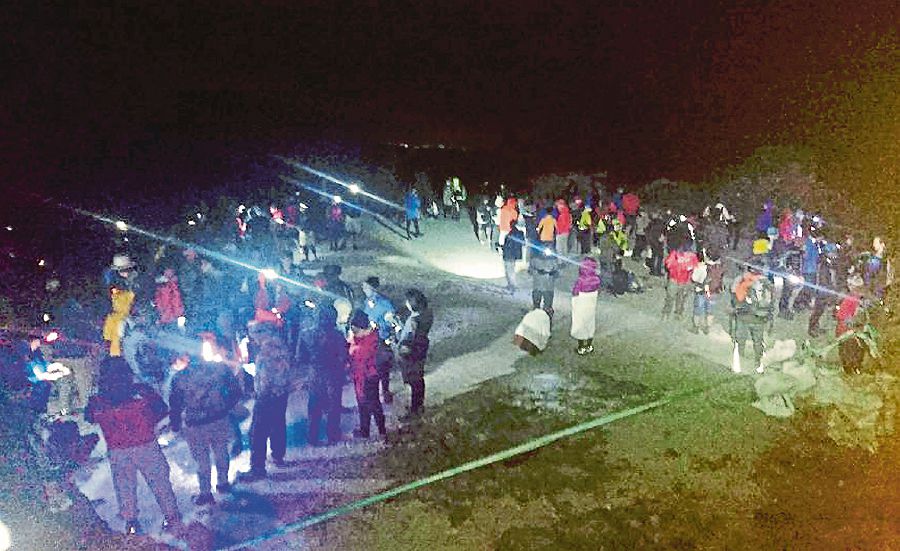 ON March 8, we were again reminded of our vulnerability to natural disasters with a 5.2 magnitude earthquake in Sabah. Although there was no casualty, more than 100 climbers on their way to Mount Kinabalu were temporarily halted.

Professor Felix Tongkul of Universiti Malaysia Sabah identified it as a new quake, not an aftershock of the 6.0 magnitude earthquake in 2015 which killed 18 people and left many others injured.

Natural disasters are becoming more frequent and intense, contributing to the displacement of people leading to humanitarian crises, with the poor most severely impacted.

Between 2001 and 2006, middle-income countries with rapidly expanding assets have borne the largest burden of such disasters, with losses equal to about one per cent of the gross domestic product (GDP) — 10 times the losses inflicted on developed countries, relative to the economy.

In the Pacific’s small island developing states, climate change-related losses reach as high as eight per cent of GDP, with worse yet to come.

In Asia generally, climate change-related hazards increasingly will impact human health, security, livelihoods, and poverty. Rising coastal, riverine and urban flooding leading to widespread damage to infrastructure and settlements has been identified as one of the region’s 10 critical risks, gradually challenging Asia’s resilience and development gains.

In 2014, we experienced unprecedented flooding with more than 500,000 people affected, 21 lives lost, more than 3,000 houses destroyed, and over RM2.8 billion in damage to public infrastructure.

In 2015, this and neighbouring countries were enveloped in a severe episode of transboundary haze, presenting serious health risks.

Disaster risk reduction has been integrated into Malaysia’s overall national development plans over many decades, with science and technology applied in regulations, policies, guidelines, standards, procedures and early warning systems operated at state and local levels. Involved agencies include the Meteorology, Drainage and Irrigation, Minerals and Geoscience, Public Works, and Environment Departments. The private sector and scientists from academia are also deeply involved.

Concerns about the increasing frequency and impact of disasters, however, have prompted several new national initiatives. One of these is the establishment of a Scientific Expert Panel (SEP) to provide timely and evidence-based advice to the National Disaster Management Agency (Nadma).

This panel has been officially endorsed by the National Science Council, chaired by the prime minister, and is complementing and enhancing Nadma’s efforts as a national coordinating agency.

Fostering relevant scientific and technological innovation and capabilities is a vital contribution to mitigating the impact of catastrophes, as is strengthening the science-policy interface and robust evidence-based reporting.

We need to carefully harness this potential to reduce disaster-related harm to people both directly and to our economy, with a specific focus on protecting the poor in vulnerable situations.

To quote former UN secretary-general Ban Ki-moon, “Climate change harms the poor first and worst — the poor are the most vulnerable and have the least resources with which to adapt”.

SEP members are helping formulate the National Science, Technology and Innovation (STI) Plan for Disaster Risk Reduction (DRR) — identifying and prioritising actions to build resilience and to reduce the exposure and vulnerability of communities.

This includes, for example, how to promote sustainable food production systems and resilient agricultural practices, thereby strengthening adaptation to extreme weather, drought, floods and other disasters.

To be effective, we need to promote public-private and civil society partnerships, and to build capacity to innovate and to share information at local levels to enhance recovery processes.

There is no single approach for reducing risks across all settings and there is an urgent need to understand specific disaster risks in national and local level contexts.

Effective measures must consider the dynamics of vulnerability and exposure, and their linkages with socioeconomic processes, sustainable development and climate change.

FOR disaster prevention: big data and analytics, in conjunction with improved weather and flood forecasting modelling, will allow future disasters to be accurately predicted;

FOR disaster response: robotics can support relief and clean-up efforts, accessing areas too dangerous for humans; and,

It is primarily in cities and towns that the most effective disaster resilience can be built. National, state and local governments, academia, civil society, business and other stakeholders will each play a significant role translating science into action.

It is our hope that the STI Plan for DRR enhances cooperation between stakeholders, improves information, communications and knowledge sharing, and empowers our greater use of technology to protect lives and our hard won economic progress.

The writer, Zakri Abdul Hamid is a science adviser to the prime minister, co-chairs the SEP with the director-general of Nadma. He can be reached via zakri@pmo.gov.my