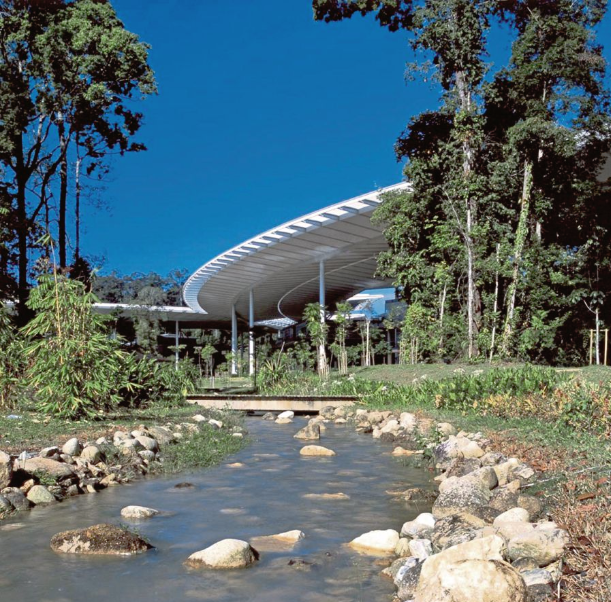 TO remain relevant and sustainable, universities must be agile and embrace change in the ever-evolving educational landscape.

Collaborative intelligence is a way of saying that when we reason two heads are better than one (and more heads are often better yet). And now human reasoning is being improved also by Artificial Intelligence (AI), and by smart online collaborative tools such as wikis.

Increasingly, Wood predicts, AI will be designed to assist human reasoning even further, and to highlight false claims, faulty arguments and more.

Emotional intelligence is a key element in teaching and learning. Mindfulness, among other traits, needs to be given greater prominence, Wood contends.

And finally, he says, fostering the futurist mindset to anticipate trends is needed to foresee and evaluate what’s likely to be encountered on the road ahead.

In Wood’s estimation, four technological areas are shaping the future most profoundly:

Students preparing to participate and contribute in this technology-driven world need a solid science foundation, of course, but also education in the humanities, arts, and social sciences — what Wood calls “socialtech”.

Another AAC member, Rieko Kuroda, with whom I served on former United Nations secretary-general Ban Ki-moon’s Scientific Advisory Board, likewise notes that solutions to our complex global problems need to be multidisciplinary, integrated, and holistic.

Kuroda, a former vice-president of the Paris-based International Council of Science and University of Tokyo professor, noted the steep rise in the number of “loss events” between 1980 and 2016. These include uncontrollable geophysical events (such as earthquakes, tsunamis and volcanic eruptions) that impact increasing numbers of people, as well as events the frequency and severity of which are intensified by human activities: meteorological (tropical storms, tornadoes, and other severe weather events), hydrological (flash flood, river flood, storm surge and landslide), and climatological (heatwaves, extreme cold spells, forest fires and drought).

We have the means to mitigate the harm of such disasters. And global leaders have made some admirable mega commitments, such as the 2030 Development Agenda with its 17 Sustainable Development Goals and the 2015 Paris Climate Agreement.

However, it remains to be seen how these lofty commitments will be translated into real actions on the ground.

It has been reported elsewhere that since 2000 alone, forests equivalent in size to the landmass of Germany have been lost, 80 per cent of the world’s fish stocks have collapsed or are on the brink of collapse, and the Gobi desert is growing by roughly 10,000 square kilometres every year. Lists of such environmental concerns and pressures grow by the day, and there can be little doubt that the unsustainable use of natural resources will be the biggest challenge facing humankind in the 21st century.

Abid Khan, deputy vice-chancellor and leader of the Global Engagement programme at Australia’s Monash University, meanwhile, addressing the question of how universities can shape future workforce-ready graduates, noted that broader skills are needed to build the student’s portfolio.

These include generic skills (such as intercultural competence; innovative, creative and critical thinking; effective communication; resilience and adaptability; leadership and collaboration), science, technology, engineering and math skills as well as business skills.

The Monash approach includes redesigning the curriculum and courses to the needs of the industries and professions of the future, with an emphasis on cross- disciplinary education and a healthy dose of co-curricular activities. Every student will have the opportunity to be exposed to industry-based experience and to develop skills that are needed by prospective employers.

Yunus emphasised that for universities to stay relevant, they must connect with the world outside the Ivory Tower, assisting the global community as we strive to reach critical targets, among them zero poverty, zero unemployment, and zero carbon emissions.

It is up to UTP, the number one private university in Malaysia, to ponder on these wise advice and incorporate them into its strategies and programmes which could propel it into global prominence.

The writer is a member of the Universiti Teknologi Petronas’ Academic Advisory Council, and former director of the Institute of Advanced Studies, United Nations University in Tokyo