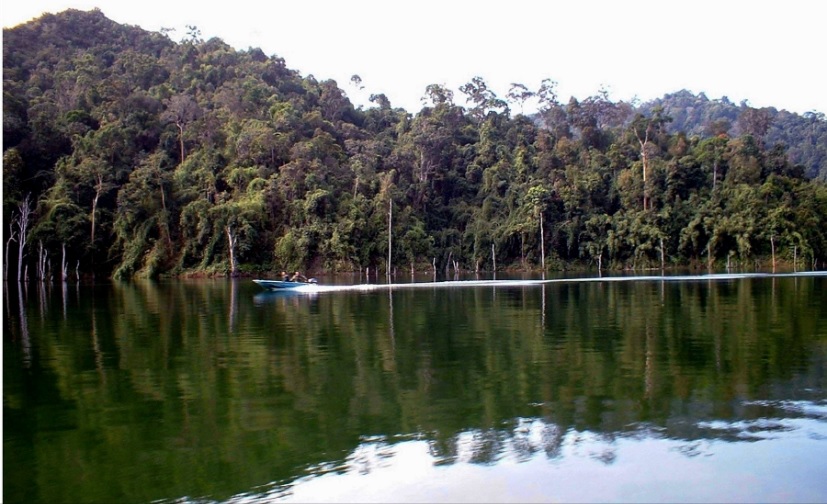 THE growing consensus within the global community is that we are fast heading towards an environmental catastrophe caused by two human-induced activities: climate change and the loss of biodiversity.

While the former was given top billing by world leaders resulting in the much-heralded Paris Accord on Climate Change in 2015, biodiversity—the essential variety of life forms on Earth — remains a distant cousin.

As one UK commentator recently put it: “(Our) response to the rising evidence of mass extinction and ecological degradation has been largely to throw crumbs at it.

Where we have acted it’s been in a mostly haphazard and modest way — a protected area here, a conservation programme there, a few new laws, and a pinch of funding.

The problem is such actions — while laudable and important — in no way match the scope and size of the problem where all markers indicate that life on Earth continues to slide into the dustbin.”

During a major meeting of the Intergovernmental Science-Policy Platform on Biodiversity and Ecosystem Services (IPBES) last March in Colombia, we were again told that the Earth’s life support system is failing.

According to four landmark regional reports released at the meeting, biodiversity is in decline almost everywhere, endangering human economies, livelihoods, food security, and the quality of life.

At the same time, said IPBES Chair Sir Robert Watson, there are many remedies with proven track records, providing considerable room for hope. (We await with interest a comprehensive global sequel to the regional reports, authored by 150 experts from 50 countries, looking at changes in terrestrial and marine biodiversity over the past 50 years. That report will be released by IPBES in Paris next May.)

In a 2016 book, Harvard biologist E.O. Wilson wrote that to save life on Earth (including ourselves) we must set aside roughly half the planet in various types of reserves. This bold idea immediately sparked controversy (would some policymakers consider it no holds barred in the other half of Earth?), but was soon picked up by like-minded, deeply concerned fellow scientists.

In a landmark paper the following year, 49 scientists advanced the Half Earth concept (“Nature Needs Half ”), proposing a global deal for Nature comparable and complementary to the Paris Climate accord. The new accord would increase habitat protection and restoration, promote national and ecoregionscale conservation strategies, and empower as protectors of their traditional lands the world’s indigenous peoples — now widely recognised, after decades of being sidelined, as some of nature’s best stewards.

If it gains further traction, the proposed agreement would almost surely be negotiated under the 26-year-old United Nations Convention on Biological Diversity (CBD), and would succeed the Aichi Targets set by the CBD in 2010.

Meeting in Aichi, Japan eight years ago, CBD member states (the United States being a notable non-member) agreed to 20 non-binding and largely voluntary biodiversity targets for 2020. These include cutting habitat loss and deforestation by half, managing fisheries sustainably, preventing the extinction of known endangered species, and minimising the impact of climate change on coral reefs.

The CBD’s executive secretary, Dr Cristiana Paˆca Palmer, has endorsed the idea of making half the planet more nature-friendly by 2050 within a new agreement to replace the Aichi Targets two years from now. And while this falls short of E.O. Wilson’s vision of Half Earth under protection, it is significantly more ambitious than the goals set in Aichi.

As Palmer notes, our economic models must recognise that Earth is a closed system with ecological limits.

And when it comes to achieving our development goals and human wellbeing, protecting biodiversity is at least as important as the fight against global climate change.

To quote IPBES executive secretary Anne Larigauderie: “Richer, more diverse ecosystems are better able to cope with disturbances, such as extreme events and the emergence of diseases.

They are our ‘insurance policy’ against unforeseen disasters and, used sustainably, they also offer many of the best solutions to our most pressing challenges.”

Malaysia has always been a leading proponent of biodiversity conservation and sustainable use ofits components. We were active in the negotiations of the CBD in the early 1990s and in meetings of its Conference of Parties held every two years. Our National Policy on Biological Diversity was last reviewed and relaunched in 2016.

With a forest cover of more than 50 per cent of its land area, this country would have no difficulty meeting the global aspiration of “Half Earth”.

Zakri Abdul Hamid, the founding chair of IPBES, is also a former chairman of the CBD’s Subsidiary Body on Scientific, Technical and Technological Advice