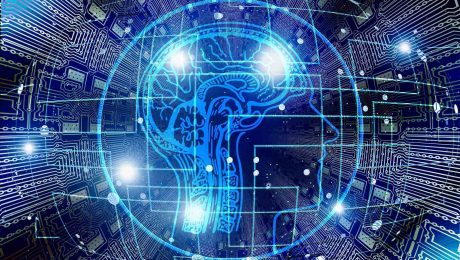 Malaysia has been pursuing an export-oriented industrial development strategy since the early 1970s and is not likely to deviate from this strategy in the foreseeable future.  Since Malaysia’s high-tech manufacturing industry contributes over 36% to the total merchandise exported in 2018, it’s relevance to the Malaysian economy is paramount.  However, the growth trend of Malaysia’s high-tech exports in the past 7 years has been sluggish.  With the cessation of most E&E-NKEA projects in 2018 and the ending of the third industrial masterplan (IMP3) in 2020, the need to put in place new plans and policies to reinvigorate the existing high-tech sectors, as well as seeking out new and emerging sectors is ever more urgent.

Malaysia embarked on an export-oriented industrialization strategy in the early 1970s.  The strategy entailed the reliance on foreign direct investments to achieve high economic growth.  Through the establishment of industrial free-trade-zone, export incentives, and generous investment incentives for foreign manufacturers to offshore their manufacturing facilities to Malaysia, the strategy resulted in a significant inflow of foreign direct investments (FDI) into the manufacturing sector.  Since then, Malaysia’s export-oriented industrialization strategies, guided by various industrial development policies (such as IMP1, 2 and 3), has resulted in significant economic growth throughout the 1980s and 1990s.  To further strengthen exports, especially in high technology related industries, Malaysia’s has embarked on a Knowledge-Based Economy the 1990s, with the establishment of the multimedia super corridor and the creation of Vision 2020.  Today, Malaysia exports USD247.32 billion (2018) worth of merchandises to the world, of which, 36.54% or USD90.36 billion are high-tech merchandises.    This is testament to the success of Malaysia’s export-oriented industrialization strategy and reflects the importance of high-tech export performances for Malaysia.

Malaysia’s high-tech export performance for 2018 is commendable, with a total high-tech merchandise export value of USD90.36 billion, and a year-on-year growth of 22.0%.  From a global perspective, Malaysia commands 2.90% of the world’s total high-tech merchandise exports in 2017, up by 0.27% from 2016.  In 2017, Malaysia is ranked the eleventh (11th) largest exporter of high-tech merchandises in the world (in terms of export values), up by 1 ranking position from 2016.  Despite two consecutive years of declines in high-tech exports during 2015 and 2016, Malaysia has since recovered with two consecutive years of positive, double digit year-on-year growth of 17.2% in 2017 and 22.0% in 2018.

Figure 1  Overview of Malaysia’s high-tech merchandise export performance.  (Note: The World Ranking and % of World Exports data reported herein are for year 2017, due to the absence of China’s export data at the time of writing this report.)

Malaysia’s high-tech merchandises consist mostly of electronics integrated circuits, telecommunication devices, and computer office machines, which account for 87.64% (or USD79.19 billion) of total high-tech merchandise exported in 2018.  They include microprocessors (or CPUs), other integrated circuits (ICs), light-emitting diodes (LEDs), computers, semiconductor medias (such as SSDs), and storage units (such as HDDs).  However, most of these top exporting merchandises are intermediate products (parts and components) that need to be further value-added to produce the intended final products.

From a global perspective, China is leading the global export of high-tech merchandises (2017).  With a total export value of USD654 billion, China is way ahead of her nearest rival Germany, followed at a distance by South Korea, the U.S.A, and Taiwan.

In 2017, Malaysia’s world ranking in high-tech exports is at position 11, an improvement by one position from 2016.  However, this transition from position 12 to 11 should be seen as a recovery, as oppose to an improvement, since Malaysia was consistently ranked at position 11 over the last 7 years, with the exception of 2016.  Overall, countries that appear to be on the uptrend on the ranking board are Taiwan, Vietnam, France and South Korea.  Among those on the down trend are Japan, the U.K., and Switzerland.

The most notable change in 2017’s ranking is Vietnam, which leapfrogged 4 positions from position 14 in 2016 to position 10 in 2017, surpassing the U.K., Malaysia, Switzerland, and Mexico.  Together with Mexico, these are stellar examples of developing countries pursuing aggressive high-tech export strategies and appear to be moving much faster than Malaysia. Vietnam for instance, experienced a phenomenal growth in high-tech exports with a CAGR (2010-2017) of 42.97%.  Its high-tech exports grew from USD6 billion in 2010 to USD74 billion in 2017, a 12-fold increase within a 7-year period.  In 2017, Vietnam finally overtook Malaysia in terms of high-tech exports by a slight margin.  Majority of Vietnam’s high-tech exports are telecommunication devices, focusing mostly on mobile telephones.  In 2017, 40.16% of Vietnam’s high-tech exports were mobile telephones, amounting to USD 29.76 billion.  That said, Vietnam’s export of electronics integrated circuits is also growing rapidly at a rate of 49.66% CAGR (2010-2017).  If Vietnam is to continue its current growth trajectory, there is a strong possibility that Malaysia’s current leading position in the exports of electronics integrated circuits, will be overtaken by Vietnam within the next 8 years.