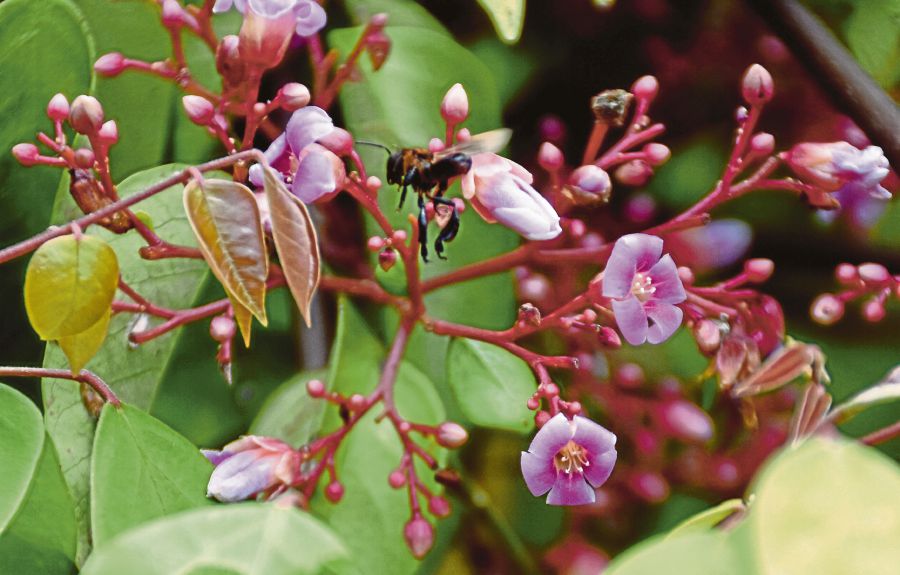 Protecting nature is no longer deemed a whimsical luxury. It is an economic, cultural and ecological necessity.

Increasingly, conservation is accepted as part of mainstream policymaking because nature provides us with so many essential services — pollination, pest control, food security, medicine and preventing the spread of diseases.

Think about the importance of pollination, for example. Most of the world’s food crops and wild flowering plants depend on pollination by bats, birds, bees and butterflies, which are, therefore, guarantors of human food security.

Intensive agriculture, pesticides, pollution, invasive species and climate change pose threats to pollinators and, therefore, to human wellbeing. In addition to pollination, bats consume large numbers of harmful insects, thereby reducing damage to crops, the need for chemical pesticides, and the spread of malaria, dengue fever and other diseases.

Growing awareness of these animals’ vital role, thanks in no small part to a landmark Intergovernmental Science-Policy Platform on Biodiversity and Ecosystem Services (IPBES) assessment report on pollinators launched in Kuala Lumpur in 2016, has encouraged nations to take steps. The United Nations even recently declared May 20 as World Bee Day.

In addition to their vital services, animals are also the bedrock of a multi-billion-dollar global ecotourism industry.

Animals are simply beautiful and fascinating, and their contribution to national economies is considerable. Tourism is booming worldwide with more than 1.1 billion foreign trips made in 2014 and one of the most vibrant sectors is eco-tourism, the branch that includes wildlife watching.

Ours ranks among the world’s most biodiverse countries with large numbers of endemic species, part of internationally renowned hotspots such as the Coral Triangle and Sundaland — home to elephants, monkeys, orangutans, tigers, tapirs and rhinoceroses.

Naturally, Malaysia’s share of the tourism business is big — around 25 million tourists every year, many of them attracted by this country’s aquatic and terrestrial wonders.

Studies have shown that wild animals can generate far more income alive than dead. The meat and gills of a Manta Ray, for example, might bring US$500 (RM2,000). A living specimen can, however, contribute tourist revenue of millions of dollars over its lifetime.

To protect our natural heritage, and corresponding economic interests, we must not only act at home but must also engage internationally.

Malaysia is a party to the first four, but, curiously, not to CMS. Negotiated by world governments in the late 1970s, CMS coordinates global action to conserve land-based, aquatic and bird wildlife that cyclically and predictably crosses international borders.

Migratory species are an integral part of the world’s fauna, but are threatened due to climate change, pollution, habitat loss, illegal trade and poaching.

CMS has 124 parties, including Brazil, India and other G20 countries and the list continues to grow with the United Arab Emirates being one of the newest recruits. These countries recognise that conserving migratory species is the responsibility of all Range States and that the convention provides a platform through which to collaborate.

Malaysia, notwithstanding its rich wildlife, has yet to join, despite having signed the regional instrument for marine turtles of the Indian Ocean concluded under CMS.

Certainly, Malaysia is committed to achieving the Sustainable Development Goals (SDGs) agreed at a United Nations summit in September 2015 and attended by Prime Minister Datuk Seri Najib Razak. Among the tools at Malaysia’s disposal to turn good intentions into real achievement on the ground is active membership of the biodiversity-related conventions, because a clean and flourishing environment is a prerequisite for sustainable development.

Many of the species in Malaysia occur here and nowhere else. Malaysia therefore bears a duty to ensure their survival. But many species also migrate through Malaysia, and the country has a shared responsibility as one link in the chain of the life cycles of marine turtles, whales, dolphins and dugongs as well as countless birds.

Malaysia succeeded in achieving the Millennium Development Goals (MDGs), the precursors of SDGs, to which the Malaysian government is also committed.

CMS is of direct relevance to the implementation of SDGs, in particular, goal 14, relating to life below water, and goal 15, life on land.

Surely it is time for our country to accede to CMS, to complete Malaysia’s membership in the set of international environmental agreements, and to fill an important gap in the Convention’s global coverage.

Tan Sri Dr Zakri Abdul Hamid, is science adviser to the prime minister and the founding chair of the Intergovernmental Science-Policy Platform on Biodiversity and Ecosystem Services (IPBES).