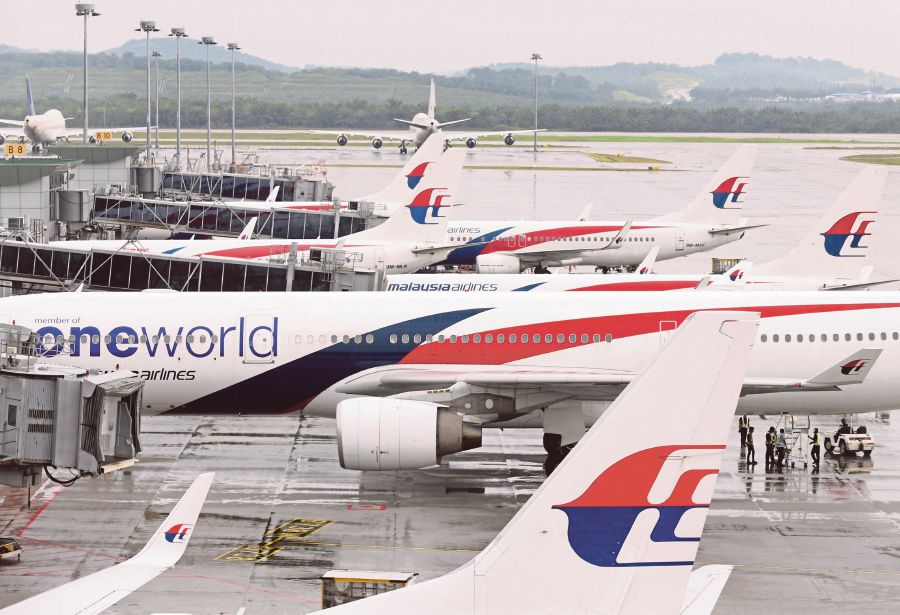 SOME exciting news about our local aerospace industry was shared this month at the Singapore Airshow 2018.

Congratulations are due to the key roles the ministry and many others have played in this development.

“We are optimistic the aerospace industry will continue to be vibrant and thrive in years to come, given that the Asia Pacific is expected to have the highest growth in new aircraft delivery for the next decade,” Talagavathi said.

There is clearly a huge demand for aviation services in the Asia Pacific.

In our region to date, the industry has produced more than 200 companies and employed more than 21,000skilled workers, with the creation of another 1,000 jobs this year anticipated.

Major local companies include CTRM Aero Composite, the sole manufacturer and supplier of engine covers (known as fan cowls) for the Airbus A350; SME Aerospace, which offers comprehensive metal fabrication, machining, treatments and assembly of aerospace parts and components; and UMW Aerospace, which makes fan cases for the Rolls-RoyceTrent 1000 engine, further positioning Malaysia as a trusted producer of aero engine parts.

The list of multinational companies that have recently established or expanded their operations in Malaysia includes Airbus Group, Spirit AeroSystems,

Talagavathi said the ministry, through its agencies, would continue to develop local small- and medium-sized enterprises to be part of the aerospace global supply chain.

The heady news about the aerospace industry does not arise as an afterthought.

It is a calculated move initiated by the Malaysian Investment Development Authority 20 years ago.

It began with the launch of the First Malaysia Aerospace Industry Blueprint in 1997, followed by the formation of the Malaysian Aerospace Council in 2001.

In developing both plans, the ministry relied substantially on the expertise provided by the Malaysian Industry-Government Group on High Technology (MIGHT).

Blueprint 2030 aims to capture five per cent of the global maintenance-repair-overhaul market share, while striving to make Malaysia the number one manufacturer of parts and components in Southeast Asia.

Given the above, it is incumbent on Malaysia to build and strengthen its human capacity in the aerospace sector.

It is in this context that the Aerospace Malaysia Innovation Centre (AMIC) was formed in 2011 to foster Malaysian aerospace industry competitiveness.

The core business of AMIC is to undertake research and technology projects in collaboration with our industry and universities.

Jointly funded by the government and industry, AMIC is spearheaded by Airbus Group, Rolls-Royce, CTRM, Mara and MIGHT.

A significant feature of AMIC is that the research and development, conducted by a university consortium, will encourage local industry’s participation and base priorities on industry needs.

AMIC will train local talent with aerospace technology courses at the Master’s and PhD levels.

The project, which falls under AMIC’s “Factory of the Future” research, was earmarked for rapid development and began with two key objectives: to improve aircraft fixtures and to develop Malaysia’s capabilities in developing innovative aerospace design and fixtures. It has found success in both goals.

AMIC manifests the aspiration of Higher Education Minister Datuk Seri Idris Jusoh and the concept of “commonalities and collegiality” — a framework of collaboration and sharing facilities among academic and private sector researchers to improve our economic position by creating and producing products for the world.

When it comes to our place in the world aerospace industry, all Malaysians can proudly share widely-held and well-justified hopes for sky-high results.