Is Malaysia ready for gene therapy? 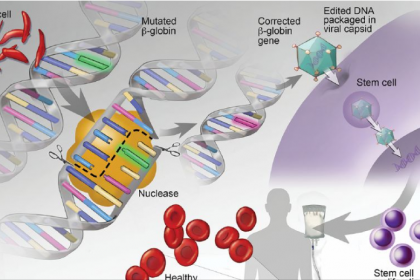 ACCORDING to the seminal report, “Human Genome Editing ”, jointly released by the US National Academy of Science (NAS) and the National Academy of Medicine (NAM) in early 2017, genome editing is a powerful new tool for making precise alterations to an organism’s genetic material.

Recent scientific advances have made it more efficient, precise, and flexible than ever before.

These advances have spurred an explosion of interest from around the globe on the possible ways in which genome editing can improve human health. The speed at which these technologies are being developed and applied has led many policymakers and stakeholders to express concern about whether appropriate systems are in place to govern these technologies and how and when the public should be engaged in these decisions.

Last week, the Malaysian Industry Government Group for High Technology (MIGHT) played host to a public lecture by Dr Ismail Serageldin, a world renowed scientist, who shared his reflections on the impact of the new genetics on public health. “Are we ready for gene therapy?” he asked.

Gene therapy is essentially the use of deoxyribonucleic acid (DNA) to cure disease, where DNA is the chemical substance of heredity that makes up the genes in humans and almost all other organisms.

Gene therapy involves a treatment through which copies of a normal gene (also called a therapeutic gene) are inserted into a person’s somatic cells to fight the disease caused by faulty gene present since birth. The normal copies will be expressed, thus overriding the faulty ones to fight the disease.

First encouraging results came in about two decades ago, when children with “bubble boy disease”, caused by a lack of functional immune system were cured using gene therapy. Without treatment, they would be forced to live in sterile environments forever to avoid infections.

They have demonstrated that the treatment could be used for common genetic defects such as congenital blindness, cystic fibrosis, anaemia, sickle-cell disease, B-thalassemia and Duchenne Muscular Dystrophy. Although gene therapy holds promise for the future, it is still considered as experimental.

Many technical problems need to be resolved for it to become a standard medical practice.

For many years, researchers tried to develop efficient and reliable ways to make targeted and precise changes to the genome of living cells. Their efforts have paid off with the discovery of CRISPR technology—Clustered Regularly Interspaced Short Palindromic Repeats found in bacteria, which they use to defend themselves against viruses.

When infected by viruses, the bacteria will employ the CRISPR system to specifically identify and destroy the invading DNA.

Although research on CRISPR was undertaken since 1993, it only became clear in 2007 how the bacteria used it to essentially vaccinate themselves against viral infections.

The system comprises two components, namely a guide RNA and a CRISPR-associated endonuclease protein, Cas9. Guide RNA functions as a “GPS” that guides it to the specific target site on DNA sequence while Cas9 functions as molecular scissors to cut the DNA.

CRISPR heralds a new era for molecular biologists, and is igniting a revolution in genome editing.

CRISPR/Cas9system has now become synonymous with gene editing, and is rapidly becoming a standard laboratory tool for researchers to delete, insert, or modify DNA sequence at a specific site in practically any genome.

In April 2015, Chinese scientists reported the use of CRISPR/Cas9 to correct B-globin gene mutation in human embryos, the mutation which causes the disease B-thalassemia.

Although these embryos were never placed in a womb, the report opened a floodgate of controversies.

Genome editing has reared its ugly head, and could soon lead humans to change their own evolutionary destiny.

These developments triggered the 2017 NAS/NAM report in which Serageldin was one of the eminent committee members. It outlines several criteria that should be met before allowing germline editing clinical trials to go forward.

Genome editing has already entered clinical trials for non-heritable applications, but should be allowed only for treating or preventing diseases or disabilities at this time.

There are many important questions about the human application of genome editing to be considered including: balancing potential benefits with unintended risks, governing the use of genome editing, incorporating societal values into clinical applications and policy decisions, and respecting the inevitable differences across nations and cultures that will shape how and whether to use these new technologies.

Professor Zilfalil Alwi of Universiti Sains Malaysia said Malaysia is making progress in the field of human genetics and some researchers are already experimenting in CRISPR technology, but more must be done to catch up with other developed countries.

It is incumbent upon us in the scientific community to follow closely the developments in this cutting-edge medical technology and to impress upon our political leaders to continue investing in research and development.