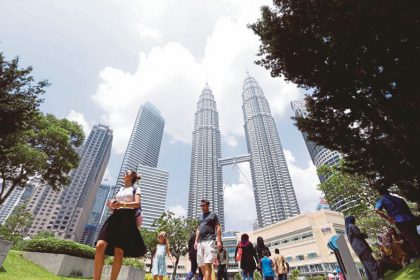 IN Austria in 1973, at the height of the Cold War, six years of effort by United States president Lyndon Johnson and USSR premier Alexey Kosygin culminated in their nations’ joint establishment of the International Institute for Applied Systems Analysis.

It marked the beginning of a remarkable project to build bridges between the West and the Soviet bloc — a milestone in science diplomacy, defined as the use of scientific knowledge to foster international relations on a bilateral or multilateral basis.

In a paper for the British Council for the “Going Global 2018 Conference”, held in Kuala Lumpur last week, Dr Jane Knight from the University of Toronto noted that in today’s globalised world, “there is increased interconnectedness and interdependence among countries”.

The desirability of this development is being debated, she said. “Nevertheless, global issues such as climate change, epidemics, cybersecurity, migration, social justice — to name only a few — know no borders. Global challenges are now national challenges and vice versa.”

According to Dr Knight: “In international relations, countries tend to present their self-interests first – it is naïve to think otherwise. But because national self-interests are closely linked to global issues, multilateral cooperation is growing in importance. History has shown us that addressing both global and national issues requires collaboration and a commitment in order to find solutions that respect the individual needs and perspectives of different countries, while at the same time finding a common path to ensure different but relevant benefits for all”.

Some recent multilateral examples are the roles played by the Intergovernmental Panel on Climate Change, comprised of scientists and experts from various nations to influence the outcomes of negotiations undertaken at the UN Framework Convention on Climate Change.

Others include the Intergovernmental Platform on Science-Policy Advice on Biodiversity and Ecosystem Services (IPBES), and the UN Convention on Biological Diversity (CBD). Another recent example was the 26-member UN Secretary-General’s Scientific Advisory Board, established by then-UN secretary-general Ban Ki-moon to help inform the achievement of the Sustainable Development Goals through science, technology and innovation.

My earliest first-hand experience in science (knowledge) diplomacy was when I was made a member of the Malaysian delegation to negotiate the CBD in a series of intergovernmental meetings over two years beginning in 1990 for the treaty to be ready for signing at the Earth Summit in Rio de Janeiro in 1992. Tun Dr Mahathir Mohamad, the then prime minister, signed the treaty on behalf of Malaysia.

It was almost a surreal experience. Coming from the university, 30 years ago, I was ill-prepared and hardly at ease as a negotiator in the heady world of the diplomats. They were suave, confident and almost invariably had the gift of the gab honed through years of experience as ambassadors of their respective countries.

Nevertheless, academics bring contributions not readily available to the diplomats — technical or expert knowledge which provide much added-value to any negotiation. It is the synergy of the two that makes knowledge so invaluable in today’s diplomatic relations.

What is needed at the national level is greater fostering of the relationship between academia and the diplomatic service. For example, we need to share research knowledge accumulated in areas of strategic importance in the local universities. Another option: organise dialogues and training workshops at our specialised institutions such as the Institute for Diplomatic and Foreign Relations. Through such collaborations, we would be in a better position to articulate our arguments in international arenas.

Another key question posed by Dr Knight relates to the role of universities in addressing national, regional and international challenges — how to bridge international relations and higher education and research.

Malaysia and the United Kingdom have created a very good example to illustrate this point: the Newton-Ungku Omar Fund (NUOF), a joint research initiative funded dollar-for- dollar by each country. Launched five years ago from a commitment to science and technology in both countries, the agreed research focus from the start has been the impact in Malaysia of climate change in sectors such as water, energy, health, food security and biodiversity loss.

Beyond joint research and an exchange of scholars, the NUOF programme has also built the relevant institutional links between our two countries — a great example of the intersection of knowledge and diplomacy.

The time is ripe for policymakers to re-examine how this vast body of knowledge could be brought to bear on improving diplomatic relations among nations of the world.

The writer was founding chair of IPBES, and a member of the UN Secretary-General’s Scientific Advisory Board